My running buddy who also happens to be one of Gus’ teachers (and is equally patient with us both) invited me to accompany her on her morning run today.

“Meet me at the Big A,” Sandy said. “I’ve been wanting to run behind there but don’t want to go by myself.”

Cool. It’s always best to play it safe. Carry personal protection when you run and take advantage of safety in numbers…

What she failed to mention until about ⅓ of the way through our jog was that the place was haunted (although looking through my pictures I’m not sure why I failed to see this on my own.)

I’m not originally from the Decatur/Hartselle area and am still learning new things about this part of Alabama. This morning I got to hear the Cry Baby Hollow story.

I also got Sandy back for this whole thing. Keep reading.

True to its name, most of the stories surrounding Cry Baby Bridge involve the tragic death of an infant. Some say its mother threw it into the creek, others that a wagon tipped over and a baby rolled from the wagon into the water. These urban legends are fairly typical, and you might even have a variation of them in your area.

But what would a good Southern haunted spot be without a Civil War tale too? Union soldiers murdering the child’s mother as a Confederate sympathizer then killing her baby in an act of “mercy” so it wouldn’t starve is another take on this creepy locale.

I spent the first half of the run hearing tales of teens performing ritual animal sacrifices in the woods,

an infant’s cry being heard at night, and how if you leave a candy bar on Cry Baby Hollow Bridge there will be a bite missing when you return. It seems this theory has been tested quite a bit.

During the last half of the run when my heart rate was too high to spike from fright, I caught a glimpse of something and casually pointed it out to Sandy.

And while I swear I didn’t mean to scare her, it really is poetic justice that she jumped out of her skin. *cackle*

The train tracks are so close you can hear the train gliding on them without actually seeing the train, and as we later explored more of the area from the safety of the car, we saw (and heard) an inordinate amount of crows.

The overalls didn’t make as much sense as the baby doll until I got home and did some research. A mass murderer named “Mr. Hammond” supposedly made his home back here in the 1940’s so maybe these are his?

This YouTuber found the “bloody” shirt to go with it, which almost makes me wish I was in high school again.

I shaved a minute per mile off my run time today so maybe there’s something to be said for running in a place that makes you feel like you’re being chased. Well played, Sandy. Well played.

If you have a penchant for the macabre, check out Haunted North Alabama for more details of the Cry Baby Hollow story plus 19 other places to visit here. 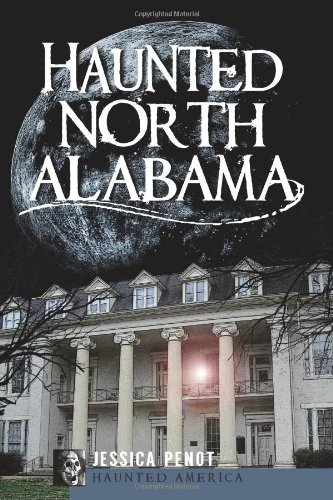 Read about my overnight stay at America’s Most Haunted Hotel.