Disney World vs Disney Cruise: How do you make a decision when the answer can’t be both?

Factors such as the size of your group, age of the members, your vacation budget, and what time of year you’d like to travel all affect the kind of experience you’ll have.

After visiting Walt Disney World more than 20 times and having just arrived home from my third Disney cruise, I thought I’d break down Disney World vs Disney Cruise to help with your decision. 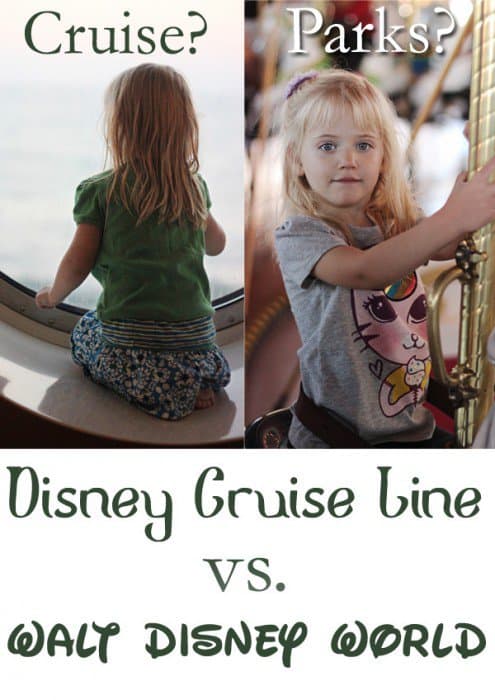 Here’s a little background info for you. We cruised on the Disney Dream during the first week in December for four nights. Our party consisted of four adults, a 15 month-old, and a 3 year-old. My previous Disney Cruises have been without kids.

Advantages of a Disney Cruise vs Disney World:

So tell me what your next Disney vacation will be. Disney Cruise or Disney World?

If you’re going to be in Orlando, check out Universal Orlando in one Day if you are pressed for time on your trip!