This week’s previous recipes have culminated into one delicious dish. Cornbread and pulled pork are both distinctly Southern foods, and they’re even better together! These cornbread BBQ sliders make a quick and easy dinner idea for busy weeknights. 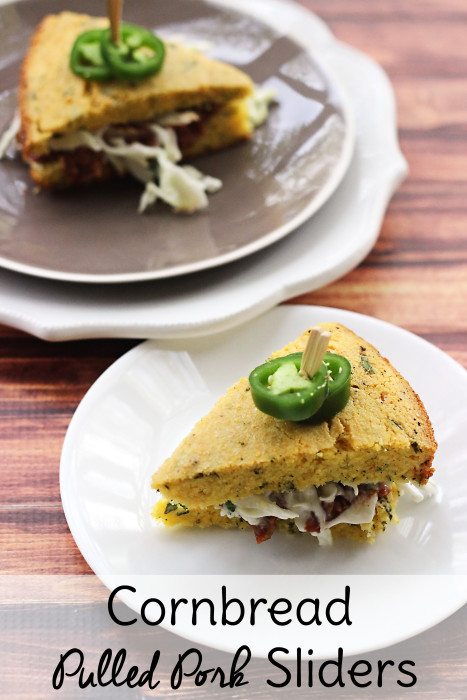 You can cook a pork loin in the crockpot all day and add sauce after cooking for an easy way to stuff these sliders. I took an even easier route and just used prepared pulled pork from the deli section. I promised this was an easy recipe, right? 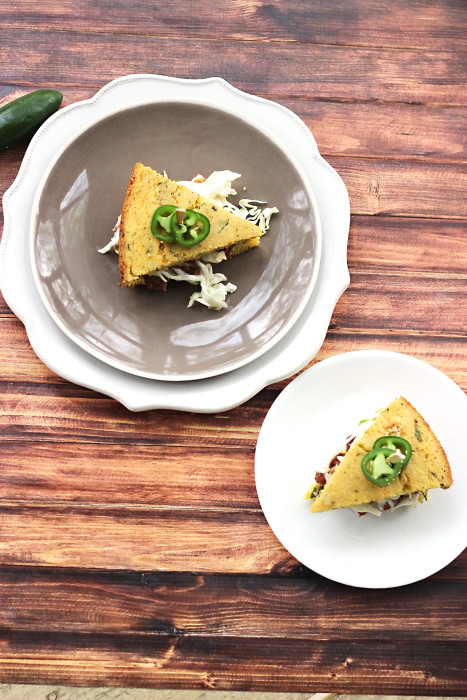 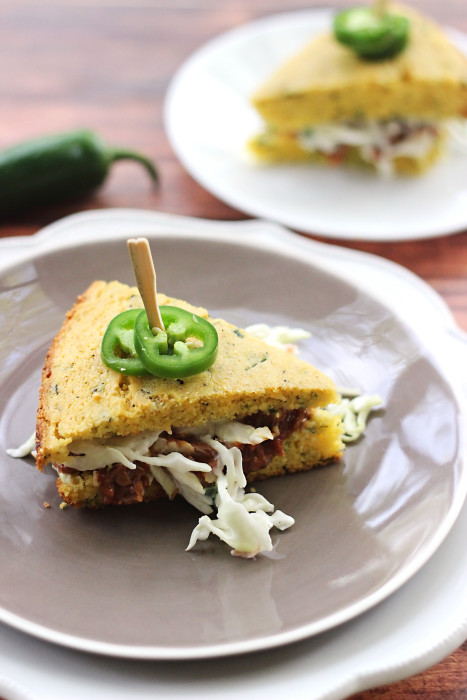 These Cornbread Pulled Pork Sliders were a hit with Hubs for dinner! I’ll be serving them again this summer as a BBQ or picnic food.